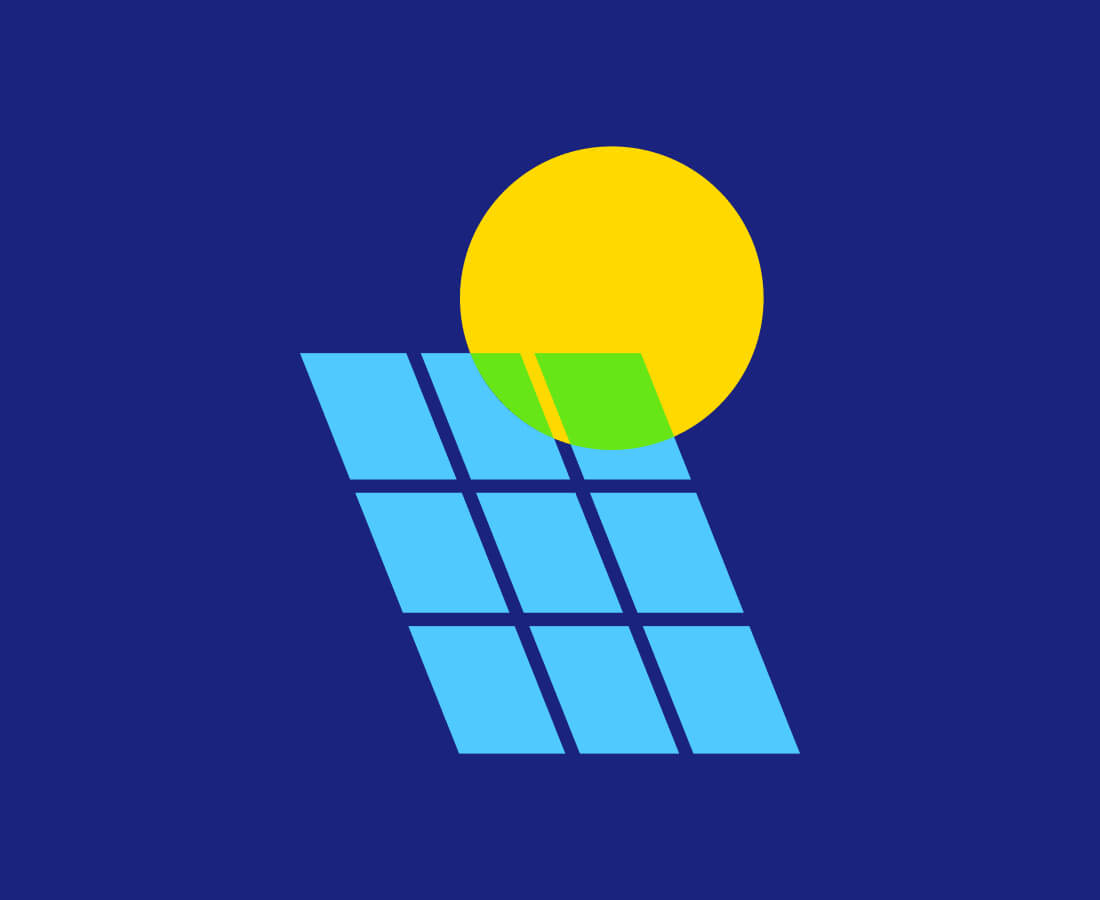 Home > All about solar

Installing a solar system is a popular home improvement. There are close to a million solar PV systems on houses around the country, and nearly 100,000 solar thermal.

A typical system will likely include 10-14 solar panels. The panels connect directly to the house’s electricity system, so the power they produce can be used in its appliances. If there is a surplus, this can be sent to the national grid, helping to power other homes as well. Many solar systems are now also installed with a battery. This means that surplus power can be stored and used later.

Solar panels can be installed on a flat or sloping roof. Many systems are installed facing south, although recent improvements in technology mean that solar systems now generate significant power when installed facing in any direction.

Residential solar systems in the UK must be accredited by the Microgeneration Certification Scheme (MCS) in order to be eligible for a Smart Export Guarantee. MCS creates and maintains standards for the certification of products and installations used to produce electricity and heat from renewable sources, including solar power. Solar Energy UK recommends using an MCS-accredited company to ensure a high-quality home solar system.

Many businesses are now installing solar systems on the roofs of the buildings they use. In the solar industry, this is referred to as the “commercial and industrial rooftop” sector. Any building with a sloping or flat roof has the potential to generate solar energy. These include, for example, schools, universities, hospitals, factories, supermarkets, and shopping and leisure centres.

As with solar on homes, the business can then use the power produced onsite in its operations. Because energy can be one of the biggest expenses for a organisation, solar can be a great way to keep costs down.

There is already around two gigawatts of commercial and industrial rooftop solar system capacity installed in the UK, and inquiries to Solar Energy UK suggest that many more companies are considering solar projects. Solar Energy UK estimates that there is around 250,000 hectares of south-facing rooftop space in the UK, which means there is significant potential for commercial and industrial rooftop solar systems.

The size of a commercial rooftop solar system can range from 20 kilowatts – which could be suitable for a small business – to several megawatts. A system of this size may include thousands of panels, and can help produce enough power for businesses which need a lot of electricity. This could be, for example, a warehouse used to keep fresh produce cool.

A solar park is a ground-mounted solar system, with solar panels arranged in rows. Many of the first solar parks were installed on low-grade farmland.

There are several stages involved in building a solar park. The project developer will need to buy or lease the land for the park, and obtain planning, environmental and other permits. They will also consult with local communities to explain how the park will work. Solar parks produce electricity which is fed directly into the national grid, so the project developers will also arrange for a connection to the grid to be installed. In recent years, some solar companies have started to develop floating solar parks. As the name suggests, these float on bodies of water, such as reservoirs.

Solar parks can help produce the power needed to support the UK’s electricity system. In May 2020, along with other forms of solar power, solar parks helped the UK meet more than 11% of its entire electricity demand, and contributed to a record period of coal-free generation.

As well as helping to reduce the UK’s carbon emissions, and so address climate change, solar power can deliver local environmental benefits. The work carried out as part of the installation and management of a solar park can increase biodiversity on site, support water management and flood prevention, and regulate soil quality.

Electricity produced from renewable sources – such as solar power – varies with the time of day, and the weather. This means that sometimes a solar power system will produce more or less power than is being used.

When surplus electricity is produced, it can be stored and used at another time. This means that homeowners, businesses, and the national electricity grid can ensure that all the power generated from a solar system is used. This helps to keep costs low, reduce carbon emissions, and maintain a steady supply of electricity.

Energy can be stored in a number of ways. Traditionally, it has been stored in the water reservoirs which are used in hydroelectric power stations. When there is surplus power, water is pumped uphill and stored behind a dam. When there is a shortfall, the water is released, driving a turbine to generate power.

Batteries are now also becoming common: both in homes, and connected to solar power plants. In the future it is possible that the batteries in electric vehicles will also be able to store and release power into the national electricity system. This is known as ‘vehicle to grid’. And there is also the potential for solar power to be used to produce hydrogen, which may be able to help decarbonise heavy transport, such as shipping.

Energy storage is not limited to power, heat can also be stored efficiently, which is particularly useful for commercial uses where large amounts of hot water are needed.

This capacity to store and release heat and power when it is needed is what will help the UK deliver carbon-free energy for all. Solar Energy UK has industry working groups on both residential and solar plant storage, developing policies to help support these vital technologies.