The solar industry very much welcomes the addition of guidance on solar PV to the National Policy Statement for Renewable Energy Infrastructure. However, there are several provisions which could be strengthened, which we have outlined in our industry response to the BEIS led consultation.

EN-3 states the Government has committed to sustained growth in solar capacity to ensure that we are on a pathway that allows us to meet net zero emissions, and that solar is a key part of the government’s strategy for low-cost decarbonisation of the energy sector. The Government’s Net Zero Strategy (NZS) also recognises the centrality of solar to delivering net zero at the lowest cost to consumers, and we welcome this acknowledgement.

However, unlike offshore wind, nowhere in EN-3 or the NZS has the Government set a generation target for solar. The Climate Change Committee (CCC) has identified a need to deploy 54GW of solar by 2035 to keep on track to deliver net zero by 2050. This equates to roughly 40GW of solar by 2030, and we have demonstrated in our Lighting the Way report that this target is possible. We are continuing to call for the Government to commit to a target for solar generation, and this should be included in the NPS for renewable energy. This would help demonstrate the scale of the need for the technology (alongside others) and increase investor confidence in solar development.

For our full detailed comments, you can download our responses to this consultation below. 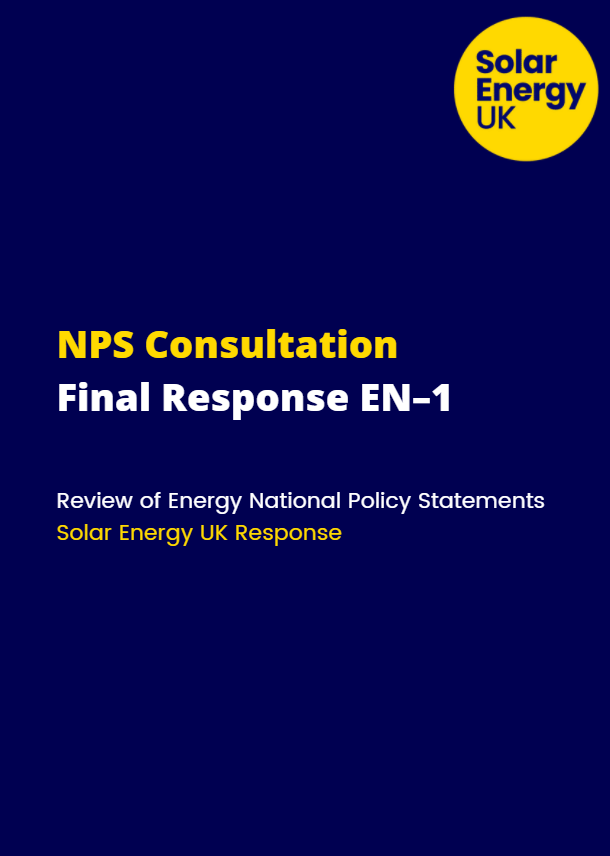 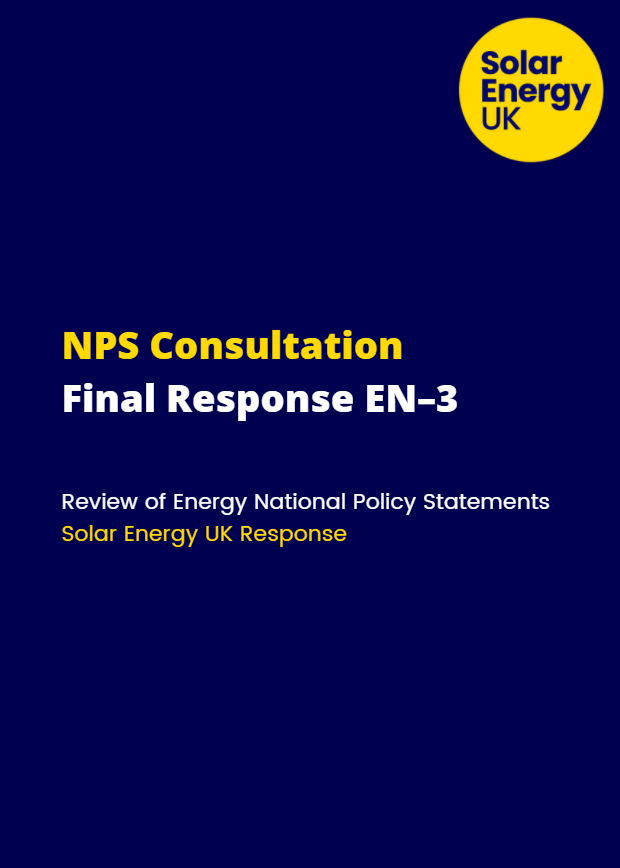